On 23 February 2021, the Supreme Court will hear the appeal in Zabolotnyi v Mateszalka District Court.  The case concerns conditions in Hungarian prisons, and the approach to be taken in assessing and relying on assurances as to those conditions. 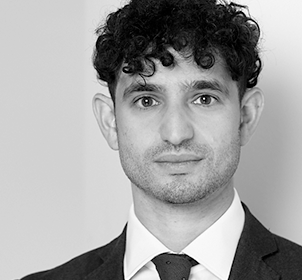 The Appellant’s extradition is sought pursuant to a European Arrest Warrant issued by the Mateszalka District Court, Hungary in 2017. Mr Zabolotnyi resists extradition on the basis of  overcrowding in Hungarian prisons, which he says would give rise to inhuman and degrading treatment under Article 3 of the European Convention on Human Rights. In Muršic v Croatia (2017) 65 EHHR 1, the European Court of Human Rights held that an Article 3 breach will be established if, subject to certain qualifications, a prisoner will be accorded personal space in his or her cell amounting to less than 3m².

On 5 September 2017, District Judge Snow ordered the Appellant’s extradition. Mr Zabolotnyi  gained permission to appeal to the High Court; shortly after, the Hungarian Department of Justice issued an assurance that if surrendered and detained, Mr Zabolotnyi would be “detained in conditions that guarantee at least 3 square metres of personal space”.

In the High Court, the Appellants sought permission to adduce fresh evidence demonstrating breaches by the Hungarian authorities of earlier assurances relating to personal space ([2019] EWHC 934 (Admin)). However, this fresh evidence related to extraditees from Germany as well as from the United Kingdom.

The Appellants submitted that there was no rule of law which, as a matter of principle, precluded the High Court from admitting evidence relating to the German cases and giving it such weight as it thought fit. It was argued that no special considerations arose from the fact that the alleged breaches were of assurances given to a foreign authority or court [35].

The High Court ruled that a Court should exercise “very considerable caution” when asked  to admit and to evaluate evidence relating  to an alleged breach of an assurance given to a foreign authority or court [38], for two reasons:

Having regard to these considerations, it was held (at [44]) that:

A Court would have to satisfy itself that the evidence relating to assurances given in extradition elsewhere is manifestly credible, is directly relevant to the issue to be decided and of real importance for the purpose of that decision before the Court should be invited to admit and consider such evidence.

Applying this test, the High Court concluded that it was not appropriate in the present case to make findings of fact in relation to the German cases [69].

Turning to evidence of three previous UK cases, the Court considered did not demonstrate a systemic problem affecting assurances to the UK [74]. Indeed, the Court noted “clear evidence of actual improvement in the prison estate in Hungary” [73].

The Supreme Court will consider the following question of public importance:

On the one hand, the case’s interest stems from the technical issue of admissibility. The High Court has narrowed the circumstances in which evidence of proven breaches of assurances given to non-UK states will be admissible. However, it refused to rule out allowing such assurances altogether [37].

More broadly, this case once again raises questions as to the limits of presumed mutual trust and confidence between Member States in the face of increasingly autocratic, authoritarian regimes in Hungary and Poland. The Hungarian authorities had sought to justify previous breaches of assurances to the UK on the basis that a prisoner had refused a transfer. The High Court issued a stern warning in obiter that such an approach is inappropriate: “the assurance is a binding undertaking given to the United Kingdom, not a bargain with the prisoner” [60].

This article was published on the UK Supreme Court Blog on 22 February 2021.