Why does the Ukrainian court need international experts? By Sir Anthony Hooper

This article has been translated from the original Ukrainian, published on Pravda.com 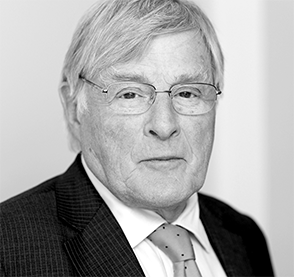 Ukraine still faces a dilemma common to all countries where state institutions are perceived as corrupt: Why should citizens trust a candidate for a position in a state institution elected by a state body that has no credibility?

In this context, Ukraine has proposed an innovative mechanism: providing international experts with a decisive role in the selection of candidates for positions in state institutions.

International experts do not come from within the system and are not part of local politics and networks.

International experts were not just outside observers, but had the statutory powers to outweigh Theresa May’s credentials – particularly where there were reasonable doubts about the candidate’s integrity.

The level of trust in such a mechanism by the general public and the international community was unprecedented.

Based on this success, it is planned to extend the application of this mechanism to the selection process of members of the High Qualification Commission of Judges (HQCJ) and the High Council of Justice (HCJ), as well as the election of the head of the National Anti-Corruption Bureau (NABU).

How the integrity of these bodies is perceived is key: for example, new members of the HQCJ will soon have to select about 2,000 candidates for judicial positions, that is, one third of the judicial system of Ukraine.

The Ukrainian parliament is currently considering draft law No. 3711-D.

Since any effective anti-corruption measure meets resistance from those who do not want meaningful changes, it is important to emphasize that the participation of international donors and the involvement of experts is aimed only at supporting Ukrainian state bodies in exercising their sovereign powers in decision-making and implementation of judicial governance through the HCJ.

Sovereign authority to appoint to office

Only Ukrainian state bodies have the authority to decide on the appointment of candidates for public positions.

For example, the HCJ, as a constitutionally recognized body, is free to elect members of the competition commission from the lists of proposed candidates and members of the HQCJ.

In its decision in May 2020, the Grand Chamber of the Supreme Court emphasized this circumstance, confirming the legality of the activities of the Public Council of International Experts: the HQCJ had the final authority to decide on a recommendation to the HCJ to appoint elected candidates as judges.

In addition, any candidate who is not listed for appointment or appointed in violation of his or her rights will have full legal protection in Ukrainian courts.

The members of the commission serve Ukraine

By law, all members of tender commissions, including those with international experience, are independent. Like judges of international courts, they do not represent any specific national or international stakeholder.

These people serve the interests of Ukrainian citizens and only provide support to the GRP and all other government agencies.

Across Europe, the civil service is open to attracting foreigners. For example, a Canadian citizen was appointed chairman of the Bank of England in 2013 (who became a British citizen only in 2018).

In Germany, the newly appointed Head of the Federal Financial Supervisory Authority is both a British and a Swiss citizen. For comparison, the possible participation of foreigners in the selection process in Ukraine is minimal and, in addition, temporary.

The European Court of Human Rights is setting a precedent

In February 2021, the European Court of Human Rights in the case of Jojai v. Albania found no violations due to the formal involvement of independent international experts to verify the integrity of current judges. The Court emphasized that the “urgent social need” to combat corruption justified “emergency” measures in the judiciary (§ 404).

In four consecutive conclusions on Ukraine in particular, the Venice Commission fully supported international participation in the selection of judges, as well as their more important role than that envisaged in the bill currently being considered by parliament:

Moreover, the Venice Commission commented positively on the independence of the NAPC precisely because the members of the supervisory board were “partially nominated by international donors ” ( 2020/38 , § 58).

The above five points indicate that the participation of international experts, with a “key role” in the selection of candidates and verification of their integrity, meets constitutional standards, in particular, does not interfere in the powers of public authorities to make sovereign decisions, and for judicial officials – to implement the principle of judicial self-government.

Giving such a role to international experts is also a direct implementation of European standards.