Mark Greaves was recently instructed by the parents in the case of Mr and Mrs BB (on behalf of AA) v ZZ County Council, an appeal before the First-tier Tribunal (Special Educational Needs and Disability) conducted by video on 3 April 2020. 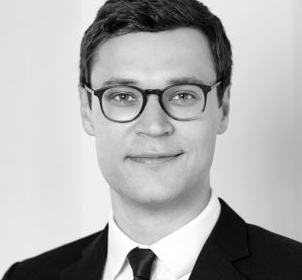 AA’s parents (acting on her behalf due to her lack of capacity) appealed against Sections B, F and I of her Education, Health and Care Plan (“EHCP”), and also sought recommendations in relation to health and social care elements of the EHCP under sections C, D, G and H. AA is a 19-year old young person with complex needs.

The primary area of dispute in the case related to placement:

Prior to the hearing the parties were provided with a link to the Ministry of Justice’s secure video conferencing platform, Cloudroom.

Cloudroom is similar to Zoom or Skype, and generally worked well. The sound and picture quality issue were good and although there were some issues with lag for one of the Tribunal panel members, this seemed to be caused by the member’s limited Wi-Fi signal rather than Cloudroom itself. This case featured a three-member panel, eight witnesses and counsel for both sides – and all involved were able to contribute with very little difficulty.

There are, however, two features that would be useful additions to Cloudroom’s software.

However, these are very minor points and, overall Cloudroom works well. The SEND Tribunal is to be applauded for its professionalism in making a smooth transition to video hearings in such difficult circumstances. As a result of the Tribunal’s flexibility, crucial decisions continue to be made that enable children and young people such as AA to progress with their education.

For those with an upcoming video hearing in the SEND Tribunal, taking the following three simple steps in advance should help the hearing proceed as smoothly as possible.

Mark Greaves is a barrister at Matrix specialising in Education Law.

Closing Statements on the Aftermath response at the Grenfell Tower Inquiry