A. Where the alternative may be dismissal, employers should at least consider inviting their employees to agree to be placed on furlough under the Coronavirus Job Retention Scheme (‘the Scheme’) and to agree variations to their contracts of employment accordingly. 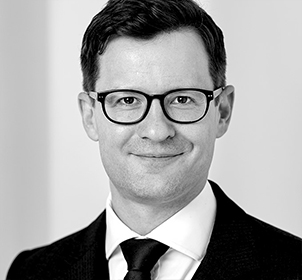 B. If the employer proposes – or indeed foresees – that more than 20 employees at any one establishment would otherwise be dismissed by reason of redundancy, it would be advisable to undertake such collective consultation as is reasonably practicable and to treat the invitation to be placed on furlough as part of that consultation.

C. Employers should obtain the written agreement of employees to be placed on furlough. Employees who are forced on furlough, even pursuant to a unilateral variation clause, are not eligible under the Scheme.

D. It will also be necessary to agree specific variations to the contract of employment, particularly the terms relating to pay, unless these variations can be made pursuant to a unilateral variation clause.

E. Agreement may be implied through conduct, but this will not be straightforward.

F. If employees will not agree and there is no unilateral variation clause, the employer’s options are likely to be:

G. If an employer imposes furlough, an employee’s options are likely to be:

H. Administrators of insolvent employers can make payments to furloughed employees if they have adopted the (varied) contracts of employment, which they will be taken to have done if they make payments pursuant to them or make an application under the furlough scheme.

Placing employees on furlough in practice

[1] Broadly defined so as to include, for example, certain other workers and agency workers: see [13.1(e)].

[2] There was no reason to suppose that it was impermissible under the Scheme as it was then understood to make a claim for wages which were themselves only payable on condition that the Scheme had already provided the funds to cover them. However, the Direction leaves some room for doubt. On the one hand, the Scheme does provide for employers to be reimbursed for earnings paid and for earnings ‘reasonably expected to be paid’ [8.1(a)]. However, the employer is entitled to make a claim only in respect of ‘qualifying’ ‘costs of employment’ [5]. These are costs which relate to the earnings of an employee during a period of furlough provided that the employee ‘is being paid’ £2,500 or more or 80% of their reference salary [7.1]. Arguably this would not include sums which are not being paid and will not be paid unless and until the Scheme has funded them in the first place. However, paragraph 2.2 of the Direction again indicates that the employer may claim for sums ‘incurred or to be incurred’ (emphasis added). Further, the policy behind the Scheme appears to be to enable employers which otherwise would be financially unable to sustain their workforce costs to be able to do so. On balance, therefore, it seems likely that an employer could make a claim for sums which are payable to the employee only on condition of them being received from the Government pursuant to the Scheme. However, the position is regrettably unclear. (Note that paragraph 7.4 of the Direction defines ‘regular salary or wages’ so as to exclude any sum which is ‘conditional on any matter’. However, this does not appear to be relevant as this definition is applicable only for calculating the ‘reference salary’ to which the 80% must relate and not for calculating the amounts which the employer may claim under the Scheme.)

[3] Note, however, the observations in footnote 2 above. It is not entirely clear under the Direction whether conditional wages such as these could in fact be claimed under the Scheme at all.

[4] Such a duty is analogous to, but would go further than, the duties accepted in Aspden v Webbs Poultry & Meat Group [1996] IRLR 521 and Brompton v AOC International Ltd [1997] IRLR 521 (duty not to dismiss an employee whose right to ill-health insurance benefits is dependent on continued employment) and in Scally v Southern Health and Social Services Board [1992] 1 AC 294 (duty to inform employee of term which confers a valuable right which depends on action by the employee). Further, query whether a breach of this sort of implied term would fall within the ‘Johnson exclusion zone’ so as to prevent a claim for breach of contract, which would be particularly significant for employees with insufficient length of service to claim unfair dismissal: see Johnson v Unisys [2003] 1 AC 518 and Edwards v Chesterfield Royal Hospital [2012] 2 AC 22.

[6] It is not a condition of eligibility under the Scheme that any particular employee would otherwise have been dismissed: the relevant condition is that the employee is placed on furlough ‘by reason of circumstances arising as a result of coronavirus or coronavirus disease’ (para 6.1(c) of the Direction). However, redundancies are likely to be the foreseeable alternative in many if not most cases.

[7] Or 45 days if the employer proposes to dismiss more than 100 employees.

[12] Nor will it amount to an agreement in writing for the purposes of accessing the Scheme.

[15] Or even, like Carluccio’s, to agree to receipt being conditional on payment by the Government – but note the concerns expressed in footnote 2 above as to whether this sort of arrangement is permissible under the Scheme.

[18] Provided the employer has consulted fairly and has reached a reasonable conclusion that it is necessary to place particular employees on furlough and/or reduce their pay, this latter course would be risky: even if the pay cut did give rise to a repudiatory breach of contract, an employment tribunal might well be open to an argument that it was not unreasonable in these unusual circumstances.

[20] Those businesses covered by regulation 4 and Part 1 of schedule 2 to the Health Protection (Coronavirus, Restrictions) (England) Regulations 2020 and the equivalents for other parts of the UK are required to close to the extent there set out.