The ILC Articles at 20: Introduction to the Symposium by Prof. Christian Tams and Dr Federica Paddeu 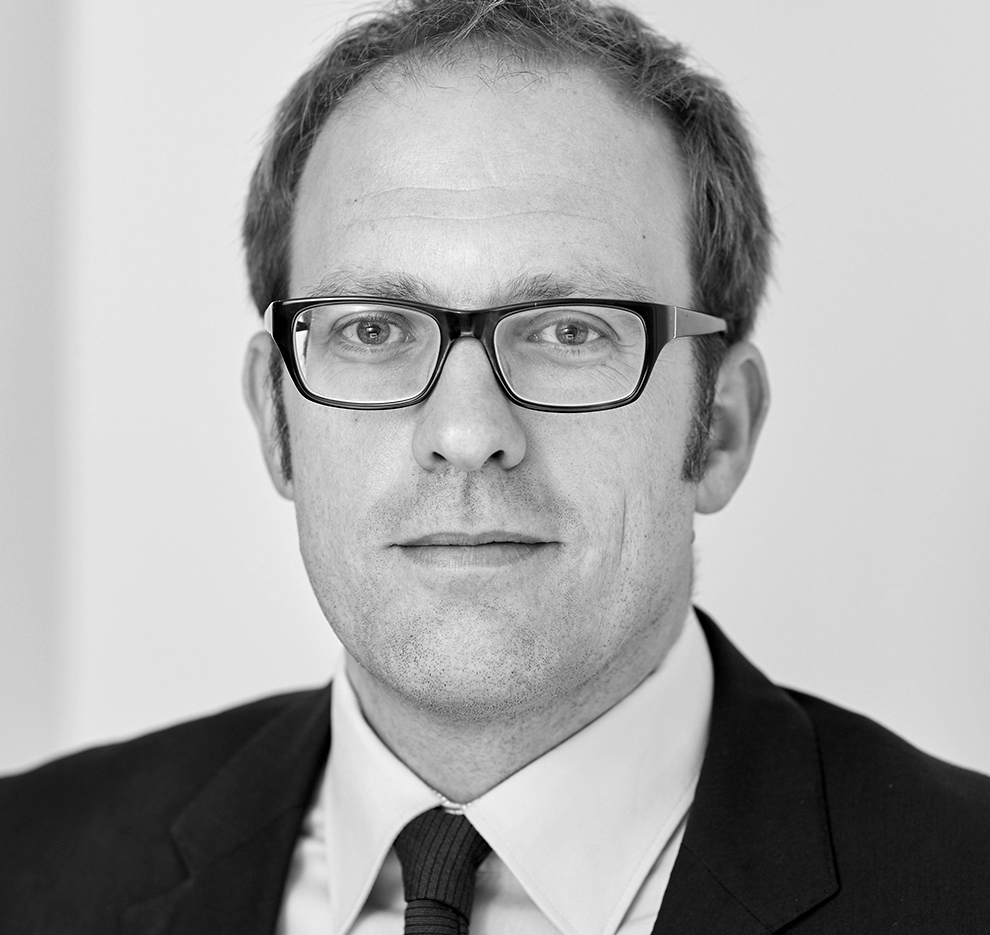 The Articles on the Responsibility of States for Internationally Wrongful Acts (Articles), developed by the International Law Commission (ILC), turn 20 this year. On 9 August 2001 – 45 years after the first report by Special Rapporteur Francisco García-Amador on the topic, after 5 Special Rapporteurs and 34 reports by them – the ILC adopted the final text of the Articles, thus bringing to an end work that (in the words of Rosalyn Higgins) were it not for the Commission‘s broad understanding of responsibility, ‘should on the face of it [have] take[n] one summer’s work’. The UN General Assembly ‘noted’ the Articles and commended them to the attention of Governments in December of that same year. Since then, the Articles have become the obvious reference point for debates about State responsibility: they are invoked, applied, cited, criticised, studied by nearly everyone working in or with international law, from undergraduate students to investment tribunals, and even domestic courts.

They reflect international law’s every day, routine application: mostly unspectacular, sometimes pedestrian; dramatic only rarely. What is more, most readers, users, students, critics have been quick to adopt the ILC’s jargon and categories. During the later stages of the ILC’s lengthy work on the topic, and more so in the twenty years since the Articles’ adoption, notions such as ‘internationally wrongful act’, ‘attribution’, and even forbiddingly bloodless terms such as ‘circumstances precluding wrongfulness’ and ‘countermeasures’ have become part of the canon. (Gladly, there is still some resistance to the dreadful acronym ARSIWA, but we fear it is waning…). ‘The Articles’ – in the words of one of their chief architects –  ‘have encoded the way in which we think about responsibility’ (at 81). At the same time, ‘encoded’ by the ILC, ‘we think about responsibility’ today mainly as rules that operate in the background: necessary to international law’s functioning, at least as far as claims and disputes are concerned, but often fairly general – so that their impact on the outcome of such claims and disputes is not always felt.

…the Articles have become the obvious reference point for debates about State responsibility: they are invoked, applied, cited, criticised, studied by nearly everyone working in or with international law, from undergraduate students to investment tribunals, and even domestic courts. They reflect international law’s every day, routine application: mostly unspectacular, sometimes pedestrian; dramatic only rarely.

This symposium celebrates the ILC’s exercise in ‘encoding’ the law of responsibility. It is prompted by an anniversary, and celebrates it with an eye to the future. It interrogates the fate of the Articles since 2001, and assesses their usefulness to contemporary and future work on State responsibility.

As the Articles cover a lot of this ground, so does this symposium: it comprises 11 contributions by a variety of authors, both well established and early-career, from academia and from practice (and sometimes both), bookended by two posts by the organisers.

We begin with two personal reflections by ILC members. The first, by Bruno Simma, recounts his experience of working on this project as a member of the ILC during the second reading of the Articles – ‘a generalist’s dream’ for the human rights-minded international lawyer. The second one, by Patrícia Galvao Teles, the current chair of the ILC’s drafting Committee, reflects on the impact that the ILC’s work on the Articles, and its approach to the final status of this project, has had on the ILC’s current projects and its current approach to the topics it selects for consideration.

The symposium then addresses two main aspects of the Articles. First, the key choices that informed the ILC’s work on the Articles. The ILC had to make some foundational choices in its work on the law of State responsibility. Many of these were explored in symposia published during the final stages, and at the time of completion, of the Articles by the ILC (in EJIL and AJIL). Our contributors will reflect on the choices made: are they still relevant or justifiable today, and will they serve us well for the next few decades? Posts by Fernando Bordin, Alex Mills, Santiago Villalpando, and Katja Creutz, explore issues involving the form of the Articles, the public/private divide, the success of the inclusion of multilateral obligations in the Articles, and the tension between the general and the special in light of Article 55 on lex specialis. These posts address conceptual issues, but do so with a grounding in the real world – in light of the impasse in the Sixth Committee over the future status of the Articles; the increased privatisation of State functions; the growing number of claims of violation of erga omnes obligations non-injured States; and the inclusion of special responsibility rules and/or compliance mechanisms in particular fields of international law.

Second, the symposium addresses the ‘life’ of the Articles in specific fields of international law. Posts by Helen Duffy, Kubo Macak, Gabriel Bottini, Jan Yves Remy, and Ginevra Le Moli will address how the Articles are used (or are not used) in, respectively, human rights law, humanitarian law, investment law, trade law, and environmental law. The questions tackled in these posts include the following: how the Articles have been interpreted and applied; whether there are any issues arising in these fields that are not covered by the Articles; whether there are any candidate/putative ‘special rules’ of responsibility arising in these fields; and the challenges faced by each of these fields in the next few decades, and whether the Articles adequately cater to them. The outlook here is decidedly practical: we know from the UN Secretariat’s compilations that the Articles are increasingly cited in decisions by international courts and tribunals, and by the parties to such disputes. But this bare data does not tell us what role the Articles play in each field of international law. Are the Articles relevant in the day-to-day of these fields, or are they mostly invisible and only become relevant exceptionally?

The outlook here is decidedly practical: we know from the UN Secretariat’s compilations that the Articles are increasingly cited in decisions by international courts and tribunals, and by the parties to such disputes. But this bare data does not tell us what role the Articles play in each field of international law. Are the Articles relevant in the day-to-day of these fields, or are they mostly invisible and only become relevant exceptionally?

As organisers, we have not tried to impose any rigid format on the contributions, which differ in style and approach, and in their balance between praise and criticism of the Commission’s work. They share a starting-point, though: all contributors (some explicitly, some implicitly) accept the ILC’s Articles as the framework of reference, and as a central document of contemporary international law. As a result, this is a symposium about the Articles as agreed in 2001 – not about sets of Articles that might have been agreed, or about approaches to responsibility that might have been taken. This starting-point – or should we say: mind-set – is one we share as well. For both of us, the ILC’s text has been a focus of our own work as academics and practitioners. In a sense, we have grown up professionally, and intellectually, in the shadow of this document, not least as PhD students trying to make sense of the Articles’ approach to public interests claims (here) and the dubiously-named ‘circumstances precluding  wrongfulness’ (here). The looming anniversary, with a round number, to us seemed a good opportunity to take stock on where we are, and to think ahead to the challenges of the next few decades and the extent to which the ILC Articles can cater to them and where they will fall short. Will the Articles as they are continue to be relevant in the next few decades? Have the ILC’s choices stood the test of time? Do the Articles matter in specialised fields – or is this the stuff for generalists only? Finally, will we ever see a different law of responsibility in our professional careers? These questions form the background to the contributions to this symposium on the ‘ILC Articles at 20’.

One final word, which we wish did not have to be written. By a sad coincidence, when we were entering the final stages of this symposium, the ILC’s final Special Rapporteur on the topic and a ‘chief architect’ of the Articles in their 2001 version, Judge James Crawford, passed away on 31 May 2021. As his former doctoral students, we recall countless discussions with James on questions of responsibility, in which his effortless mastery of the topic was as obviously on display as his openness to debate the merits of the ILC’s approach. The contributions to this symposium are part of the on-going conversation about State responsibility, encoded by the ILC’s work led by James. We hope he would have found them worthy of note. And we hope you, as readers, will find them engaging.

The symposium will run from 2 to 9 August 2021. It will end with a concluding post by us on 9 August 2021, 20 years to the day after the ILC approved the text of the Articles.

This article was originally published on the EJIL:Talk! Blog and can be found here. The full list of contributions is available here.

Opinion on the wearing of face coverings in schools