Q: Tell us a bit about yourself.

Sarah: I am a barrister at Matrix, who practises in public law. I act for claimants and for public authorities. Most of my work involves issues of equality or human rights, and I have acted in several cases involving LGBT+ rights. I have been an out gay woman for over 20 years, throughout my time at the Bar and in my previous career as a legal academic. Outside of law, I am a keen cyclist, walker, restaurant frequenter, and proud parent of two children. 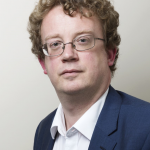 Colm: I am a father of two boys, Irish (my name rather gives that away), and Professor of Constitutional and Human Rights Law at UCL. I specialise amongst other things in equality and non-discrimination law, and I’ve been involved on and off for the last two decades in advising on the content of equality legislation in the UK, EU and beyond. I’ve also spent time as a member of the European Committee on Social Rights in Strasbourg (a Council of Europe institution), and am currently writing a book on equality’s status as a fundamental human right. 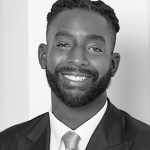 Kwaku: I’m a barrister at Matrix, practising in crime and financial crime. I identify as a cis, heterosexual man and am someone who wishes to increase my allyship to the LGBT+ community. My journey started in the British boarding schools where I was educated and continued into my early career in the finance industry and now at the Bar. I’ve found myself in very traditional British institutions where minority groups have been marginalised and l have a desire to improve those environments for those entering them now.

Q: What’s the most significant change you’ve seen to the equality and inclusion of LGBT+ people in the last 20 years? What still needs to change?

Kwaku: The main change I’ve seen is that more and more people are happy to be open, to be themselves and to express their identity, whichever “category” they fall into, including if that means not fitting neatly into any one category (thinking of those with intersecting identities, for example).

Earlier in my career, I didn’t know anyone who was openly LGBT+, although that might be a reflection of the culture I found in the finance industry at the time. Having come through Lincoln’s Inn and the Bar, I’ve seen an increase in the fight for inclusion and respect and also an increase in the number of people who are comfortable being themselves.

Happily, the LGBT+ community is now much more visible and initiatives such as the FreeBar Charter have helped with that. By signing up to the Charter, we’re making it clear that we are a welcoming and inclusive place for LGBT+ people, which hopefully makes people feel able to share and to bring their ‘whole selves’ to work.

In terms of what needs to change, Brexit has meant the dropping of the EU Charter, meaning there is now less of a standalone commitment to freedom from discrimination in Britain. I’d like to see the return of an equivalent commitment.

Sarah: For me, two legal changes have real personal significance. The first is the creation of civil partnerships, which allowed me to have my relationship with my partner legally recognised. The second is the legislative changes allowing gay women to be named on the birth certificates of a child carried by their partner. That has allowed my partner and I to have parental responsibility for both of our children from the moment of their birth.

In terms of the Bar, there has been a tangible change in the visibility of LGBT barristers in the last few years. Visibility is critical: I felt able to come out as a pupil at my former chambers due to a well-respected, popular, and out gay Silk. Much more needs to be done—particularly to improve the visibility of gay women and trans barristers, and to ensure that all barristers (but particularly junior barristers) feel comfortable to be openly themselves.

Colm: The onward march of equality rights for gay and lesbian people over the last decade has been striking, with same-sex marriage being an obvious highlight. I first came to London in 1999, to work with Anthony Lester – Lord Lester of Herne Hill QC – to work on equal rights legislation. I helped to draft a Private Members’ Bill on the legal recognition of same-sex partners, which he submitted to the House of Lords in 2001. I also worked on the first regulations which prohibited discrimination on sexual orientation grounds in employment, introduced as a result of the EU Framework Directive 2000/78. The way the law has changed on that issue, and others, in the last two decades has been remarkable.

But so much still needs to change. As highlighted by the campaigning work of Jonathan Cooper and others, homophobia remains a significant issue across the globe. The recent introduction of an s.28-equivalent ‘anti-LGBT promotion’ law in Hungary shows that progress can go backwards. In fact, homophobia is increasingly being stirred up by repressive regimes as part of their pushback against ‘Western’ human rights values – often with deliberately cynical intent.

Q: What does intersectionality mean to you?

Colm: In simple terms, intersectionality is all about recognising that disadvantage is often generated by multiple and overlapping forms of inequality. A dyslexic student from a working-class background; a middle-aged woman who has recently been granted asylum status, attempting to enter the job market; a single mother from a deeply impoverished family background, one of whose children is severely disabled – all have particular disadvantages specific to their situation, and are potentially exposed to different but mutually reinforcing forms of discrimination. Intersectionality puts the spotlight on this very real social problem.

Kwaku: To me, very simply, it’s identity that defies simple, single categorisation. Understanding intersectionality means not putting people into neat boxes. It’s a term that allows acknowledgment of the fact that some individuals face compounded struggles.

Sarah: To me the principle of intersectionality requires an understanding that not everyone who has a particular characteristic is the same, or will be equally affected by particular policies or practices. The experiences of, say, gay women may be qualitatively worse (double the burden) or qualitatively different to those experienced by straight women. It requires being conscious and thoughtful about the impacts of race, disability and class. Perhaps most importantly it means listening to people about how policies and practices affect them.

Q: Is it important for the experiences of people with intersecting/multiple identities to be explicitly recognised in the law? Why/why not?

Kwaku: In a general sense, it is absolutely key that intersecting identities are recognised, because that reflects the actual nature of the world. In terms of the law in this area, it’s not my area of expertise, but generally I think that change to the law will become necessary as specific cases make it so.

Sarah: Yes! In respect of the Equality Act 2010, at the outset of my legal career in 2003, I wrote an article explaining how atomised anti-discrimination legislation may not adequately address an individual’s experience of discrimination, and may leave that person without an effective remedy. The case law at the time provided particularly stark examples concerning Black women. It is pretty dispiriting that our approach to multiple discrimination under the 2010 Act has not moved on in this respect in almost 20 years. More positively, where the claim arises under Article 14 of the ECHR, “other status” provides a potentially more flexible approach to multiple discrimination.

Colm: Yes, UK law needs to recognise the reality of intersectionality as a social problem. In particular, discrimination law needs to be adjusted to enable courts and tribunals to give a remedy against intersectional discrimination – by something similar to the ‘dual characteristics’ provisions of s. 14 of the Equality Act 2010, which has never been brought into force.

Q: What’s your top tip for being an ally?

Sarah: Do not assume heterosexuality! LBGT+ people come out all the time, every day. So, in a different way, do their families. My children often must explain they have two mums. My mother has to explain that she has a daughter in law and not a son-in law. A modest, and effective step, is not to assume that the person you are talking to, or their family, is straight.

Colm: I don’t know if I am a good ally to anyone! But I have learnt so much listening to others, in particular people who have experienced prejudice in their lives in ways that someone like me will not experience.

The listening aspect means recognising that there are some things you don’t know without asking, and that making assumptions can be harmful. So, listen and understand where you can be of help. It also means making sure you’re not making your voice louder than others’. It’s about showing support but recognising that you won’t have all the answers.

The legwork aspect is about doing the research yourself and then showing up. Basically, when you are listening, make sure there is a positive, practical outcome.

Those are my top tips for being an ally to the LGBT+ community, but they equally apply to allyship for any marginalised or minority group.

Huge thanks to our three contributors for sharing their insights and advice. We wish you all a very happy Pride!