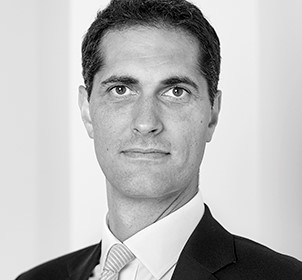 Thus, the Court of Appeal has done away with any requirement for the defendant to realise that his conduct was dishonest by the standards of ordinary decent people. By injecting this objective assessment for dishonesty into the criminal law, the Court was careful to retain a flexible approach. Whilst the Court of Appeal emphasised at [106] that the test for dishonesty set out in Ivey remains a test of the defendant’s state of mind, it went on at [108] to require that “all matters that lead an accused to act as he or she did will form part of the subjective mental state, thereby forming part of the fact-finding exercise before applying the objective standard.” “All matters” is a very broad compass.

This creates an interesting question in the case of corporates: what does a company “know”? Is “knowledge of facts” a different issue to the identification principle? If so, how could a hypothetical jury approach a company’s “knowledge of the facts”?

A Ltd employs 200 salespeople on zero-hour contracts, each of whom is on commission for any sales they generate. Although the “directing will and mind” of the company is ignorant of any issues, not because of wilful blindness but because it has not yet got around to implementing any compliance programme, all of its salespeople are using a script provided by a lower-level management team that encourages sharp sales tactics to boost the company’s profits. Viewed objectively, this script is dishonest but no one in the lower-level management team or the salespeople thinks that what they are doing is dishonest by the standards of reasonable, honest people. The accounts department manage to get their hand on a copy of the script and take a different view: they all view it as dishonest but don’t see any point in reporting it to the directing will and mind. This scheme has operated for a long time and the company’s profits are going through the roof. The shareholders, including those who are the “directing will and mind” of the company, have benefitted enormously from the company’s sales figures.

Most non-lawyers would probably think that the company had operated “dishonestly”, but which of the following facts could A Ltd be taken to “know” for the purpose of Barton?

a) There is no compliance oversight;
b) Employees are on zero-hour contracts;
c)There is a script that encourages sales tactics (viewed objectively, these tactics are dishonest);
d) That script is provided by a lower-level manager;
e) The accounts department think it is dishonest;
f) The salespeople are on commission;
g) The “directing will and mind” are benefitting from the company’s profits.

The directing will and mind knows of facts a), b), f) and g) but, on a traditional application of knowledge set out in Tesco, that is not enough for a jury to objectively conclude that A Ltd was dishonest. Why should the company not also be fixed with knowledge of facts c), d) and e), which may make a conviction far more likely? How would a victim of A Ltd’s “dishonest” behaviour feel about this?

Putting aside the simplistic facts, the lawyer’s instinctive starting-point is the House of Lords case of Tesco v Nattrass. That may lead to the conclusion that a jury can only assess a corporate’s knowledge of facts, for the purpose of dishonesty, by reference to what facts were known by a “directing will and mind” of the company. A Ltd is entitled to be acquitted of criminal dishonesty, as there is no evidence that the company’s directing will and mind had knowledge of the facts from which a jury could conclude that the company acted dishonestly. That may well be how the courts approach the issue of corporate dishonesty after Barton.

But, in this era of focus on corporate wrongdoing, there is an alternative view. Before considering that view, it may help to remind ourselves of the issue identified by Lord Reid in Tesco:

“Where a limited company is the employer difficult questions arise in a wide variety of circumstances in deciding which of its officers or servants is to be identified with the company so that his guilt is the guilt of the company.”

Consequently, the issue in Tesco was not regarding a corporate’s knowledge of facts as such, but whether to attribute the company with an individual’s guilt. In our example of A Ltd, neither the individuals nor the corporate could be convicted using the Ghosh direction as they did not think that what they were doing was dishonest by the standards of reasonable, honest people.

A more recent approach to the issue of corporate knowledge of facts can be found in El Ajou v Dollar Land Holdings plc. The Court of Appeal held that the company should be fixed with knowledge of a non-executive director who played no part in the direction of the company but who had been tasked by the board with arranging a transfer of funds. The reason for this (according to Hoffman LJ as he then was) was that “different persons may for different purposes satisfy the requirements of being the company’s directing mind and will.” Despite not being a “directing will and mind”, the non-executive director had committed the company to the fraudulent transaction and the company should therefore be fixed with his knowledge.

Lord Hoffman continued his theme a year later in Meridian Global Funds Management Ltd v Security Commission. In distinguishing Tesco, Lord Hoffman held that where the usual principles of attribution would defeat the intended application of a particular statutory provision to a company, it might be necessary to determine whose act, knowledge or state of mind should be attributed to the company. The issue in the case was whether a company “knew” that a share sale had taken place, and should therefore have notified the regulator. An employee knew that the shares had been acquired and the company was held to “know” about this acquisition even though the employee was not the “directing mind” of the company as the purpose of the legislation would be frustrated by the usual application of the identity doctrine. The statute was interpreted to require the corporate to be attributed with the employee’s knowledge of when the shares had been purchased.

Using our example of A Ltd, a prosecutor could argue for a similar approach to corporate dishonesty. In 1961, in Welham v DPP, Lord Radcliffe in the House of Lords analysed the meaning of “defraud” in the Forgery Act 1913, and emphasised that the essence of defrauding was the effect on the victim (Welham was cited in Ivey):

“Now, I think that there are one or two things that can be said with confidence about the meaning of the word ‘defraud’… it is the effect upon the person who is the object of the fraud that ultimately determines its meaning.”

Given the focus of defrauding on the person who is its object, it could be argued that the legislative aim of the Fraud Act 2006 is arguably to protect victims from fraud, regardless of whether it is an individual or a corporation responsible for the defrauding. Taking our example of A Ltd, Lord Hoffman might have sought to apply Welham and examine the effect of the company’s conduct on its victims when considering whether the legislative scheme required a strict application of the Tesco principles. Applying Lord Hoffman’s approach to the new test for dishonesty set out in Barton, the company would be fixed with knowledge of the facts at c) and d), but not e) as that is a matter of opinion.

Whilst Moses LJ in St Regis Paper Co Ltd subsequently rejected Lord Hoffman’s approach in Meridian Global in preference for a strict application of the principles in Tesco, the issue in St Regis was not one of knowledge of facts but the attribution of guilt for filing misleading records (i.e. the issue identified by Lord Reid in Tesco). Similarly, Rose LJ came back to the Tesco first principles of corporate liability in A-G’s Ref (No 2 of 1999). In R v A Ltd, Sir Brian Leveson P stated:

“Save in those cases where consideration of the legislation creating the offences in question leads to a different and perhaps broader approach, as discussed in Meridian Global, the test for determining those individuals whose actions and state of mind are to be attributed to a corporate body remains that established in Tesco v Nattrass.”

The most recent example of the identification doctrine being considered by the higher courts in a criminal case was in the SFO’s application for a voluntary bill in Barclays plc regarding the Qatar fundraising. The case included a statutory conspiracy to defraud in breach of s.2 of the Fraud Act 2006 but no reference was made to Ivey. In taking Tesco as the starting point, Davis LJ referred at [67] to the difference between the civil-law focus on liability and the criminal-law focus on culpability, even though the objective test for dishonesty now blurs those boundaries. On a full reading of the judgment, it is clear that Davis LJ declines to be drawn to approach questions of attribution on the wider basis of the civil cases such as Meridian and Dollar Land Holdings, which may be viewed as ironic given the reliance on the civil case-law in Ivey and Barton. Indeed, Davis LJ goes on at [103] to refer to the fact that for the purpose of the prosecution of Barclays plc, the “required mens rea remains that of dishonesty” and at [106] that the Fraud Act 2006 requires a “dishonest state of mind”. Neither of those comments may survive Barton.

Ultimately Davis LJ was unable to conclude that any of the individual defendants were the directing will and mind of Barclays plc in order for their alleged dishonesty “to be attributed to Barclays for criminal law purposes.” In trying (but failing) to discern any policy behind the Fraud Act 2006, Davis LJ did not refer to Welham.

The Court of Appeal’s decision in Barton serves to redirect dishonesty in criminal cases towards an objective test based on an assessment of “known facts”. All matters that lead a corporate to act as it did will be relevant to this fact-finding exercise. The effect of this judgment may hold some interesting, and unintended, developments. I do not suggest that Barton introduces vicarious liability for the actions of employees, which is a rule of law that holds the principal strictly liable for the wrongdoing of someone else. Merely that when assessing a company’s dishonesty, the jury may now be entitled to take into consideration all the facts known by the company in the wider Meridian sense. That is not to circumvent established principles of attribution, but to reflect the brave new world post-Barton.

*This article builds on an interesting lecture given by Richard Whittam QC: “Gambling with corporate liability: If a game of Punto Banco can re-define dishonesty, what might the Supreme Court do to Tesco?”