An Obligation to Furlough? by Darryl Hutcheon

The Government Coronavirus Job Retention Scheme (“the Scheme”), administered by HMRC, offers a means by which employers can furlough their employees and thus potentially avoid the need to carry out redundancy dismissals. The details of the operation of and eligibility for the Scheme are set out in guidance from HMRC most recently updated on 9 April 2020 (“the HMRC Guidance”). 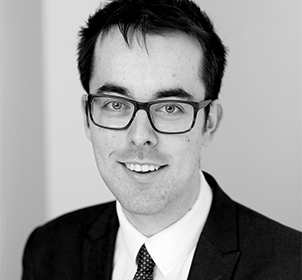 This post addresses a simple question. If an employer decides to dismiss employees on grounds of redundancy even though they are eligible under the Scheme, could that employer be liable for unfair dismissal on that basis alone?[1]

This question will almost certainly arise in future employment tribunal litigation. There are reasons why an employer might prefer to ignore the Scheme and proceed with dismissals, for example:

The thoughts offered in this post are of a general nature and aim to give some guidance on how employment tribunals might address unfair dismissal claims arising from the Coronavirus crisis. This note does not constitute legal advice and should not substitute for the need to obtain such advice to understand how the rights set out might apply in the circumstances of an individual workplace.

Unfair dismissal claims under Part X of the Employment Rights Act 1996 (“ERA”) can of course only be brought by employees who meet the qualifying criteria (for example, they generally must have two years’ service with their employer).

A qualifying employee ostensibly dismissed on grounds of “redundancy” may bring an unfair dismissal claim alleging that in fact they were dismissed for a different or unlawful reason. If the tribunal is satisfied that the reason was redundancy,[3] it will turn to consider whether the dismissal was fair in all the circumstances (applying section 98(4) ERA).

In redundancy cases, this almost invariably requires consideration of (1) whether the employer warned and consulted[4] any affected employees; (2) whether it adopted a fair procedure in deciding who to select for redundancy; and (3) whether it took reasonable steps to consider whether it could “redeploy” or find alternative employment for the employee.[5] At each stage the tribunal will apply the relatively low threshold of asking whether the employer’s conduct fell within the band of reasonable responses.

The possibility of recourse to the Scheme may play into all three of the requirements just identified. For example, in the case of an employer which decides to furlough some employees and dismiss others, the tribunal will no doubt need to satisfy itself that the employer applied fair and reasonable selection criteria in deciding which employees should fall into each category.

The focus here will however be on the first and third requirements (consultation and consideration of alternatives). Would an employer who fails to use or to consider using the Scheme be found to have failed to properly consult or to have failed to pursue a reasonable alternative to dismissal?

The duty requires employers not only to look for a different post but more generally to “consider possible alternative solutions”[10] or to “see if any assistance could be given to an employee”.[11]

Thus for example there may be cases where an employer should consider adapting a redundant employee’s existing role as an alternative to dismissal. For example, in Ardtaraig Farming v Young,[12] an employee at risk of dismissal suggested that he instead be engaged part-time or as an independent contractor. The EAT upheld the tribunal’s finding that the employer had unfairly dismissed the claimant by failing to explore those possibilities with him.

An employee can also argue that an employer should have considered short-time working or temporary lay-offs as an alternative to permanent dismissal,[13] though (unhelpfully for present purposes) there is little detailed consideration of this kind of situation in the authorities.

Contrary to suggestions made in some quarters, there is unlikely to be a one-size-fits-all answer to unfair dismissal claims arising from an employer’s decision to dismiss rather than furlough under the Scheme. No Tribunal is likely to affirm a general rule whereby any employer who failed to offer access to the Scheme will be found to have unfairly (or fairly) dismissed an employee.

Nevertheless, in my view, employees will have a powerful argument to that effect in many cases.

First, applying the principles set out above, in most instances it would surely be reasonable for an employer to give serious consideration to using the Scheme as opposed to dismissing an employee. As such, in my view, an employer which dismisses an employee without considering or consulting on the Scheme will often be liable to a finding of unfair dismissal.

Second, establishing unfair dismissal where an employer has ultimately decided to dismiss after giving serious consideration to (and consulting on) recourse to the Scheme will depend more on the facts of a particular case. Relevant factors would naturally include the size and resources of the employer, the employee’s responses to the consultation and to any proposed “furlough agreement”, and the suddenness and seriousness of the downturn which Coronavirus has caused for the business. There will no doubt be cases where, for example, small employers whose business has been severely impacted by Coronavirus could satisfy a tribunal that it was reasonable for them to dismiss rather than to furlough (and retain the various ongoing obligations and responsibilities which come with the latter option).

In many cases, however, an employee will have strong arguments to the effect that their employer acted unreasonably in pressing ahead with dismissals notwithstanding the Scheme. The Scheme (when accompanied with an appropriate agreement between employer and employee) can drastically reduce an employer’s payroll liabilities while avoiding the need to take the nuclear option of dismissal. It offers a way for employers to take stock of a rapidly developing situation, and in the meantime to “weather the storm”, while leaving it open to them to have their employees return once the peak of the Coronavirus crisis subsides and business starts to pick up. Tribunals may well be receptive to the argument that the Scheme is an unprecedented and unique source of support for businesses and that the requirements of “reasonableness” are therefore relatively strict in this context..

Among the points likely to be relied on by the employers and which “go the other way”, one may be particularly powerful. There is a well-established principle (“the Tipper principle”) that the tribunal will not investigate the commercial and economic reasons behind the decision giving rise to redundancies (other than to satisfy itself that the reason for dismissal genuinely was redundancy).[14] The way that that principle applies in this context will be one of the key things to watch in early cases raising these issues. Tribunals may feel that they are entering into the territory of questioning decisions by employers which have to do with how the business wishes to arrange its affairs and prioritise its resources.

Yet those representing employees should certainly make no concessions as to whether and how the Tipper principle applies in these cases. The precise scope and meaning of the Tipper principle (especially when it comes to applying s98(4) ERA) remain open to argument, particularly in the novel circumstances created by the Scheme. Moreover, there have been instances of courts refusing to apply the principle even where the claim challenges the employer’s judgment about how to use its own resources. For example, the EAT in Ardtaraig Farming v Young did not accept that the Tipper principle precluded the tribunal from finding that an employer should have considered and consulted on keeping on an employee as a part-time worker or consultant (see judgment at [22]).

Where unfair dismissal claims based on the failure to furlough do succeed, the question of compensation will obviously depend on the precise nature of the tribunal’s findings. For example, if the tribunal finds that there was a failure to consult on the Scheme but that even if it had consulted, the employer reasonably would have decided to dismiss rather than use the Scheme, any compensatory award is likely to be very low. If on the other hand it is found that the failure to avail of the Scheme was itself unreasonable, an employee may be well-placed to argue for a much greater award. The precise award would depend on a difficult calculation as to what would have happened if the employee had been furloughed rather than dismissed. It is not yet possible to say how that calculation will been made in particular cases, not least since it depends on events which are yet to unfold in these volatile and unpredictable times.

[1] There are other related and important questions about the interaction between the Scheme and the employer’s legal obligations to its employees which merit attention, but fall outside the scope of this post; for example, whether failing to avail of the Scheme could represent a failure to comply with the employer’s duty to maintain trust and confidence in the work relationship.

[2] Though the HMRC Guidance suggests that employers “should discuss with their staff and make any changes to the employment contract by agreement”, it does not say in terms that access to the Scheme depends upon the employee giving their agreement to being furloughed. It merely states that “to be eligible for the grant employers must confirm in writing to their employee confirming (sic) that they have been furloughed”. This suggests that agreement is not a pre-condition, but it is plainly advisable at least to seek agreement in the first instance. Following urgent High Court proceedings, guidance has now been issued on when employees will be taken to have agreed variations to their contracts as a precursor to use of the Scheme: see Re Carluccio’s Limited [2020] EWHC 886 (Ch).

[3] It is worth pointing out that as per s139(6) ERA 1996, redundancy includes a situation where the business’ need for an employee’s work has temporarily diminished.

[4] This stands alongside the freestanding obligation to consult in the case of collective redundancies in the circumstances set out at s188 of the Trade Union and Labour Relations (Consolidation) Act 1992.