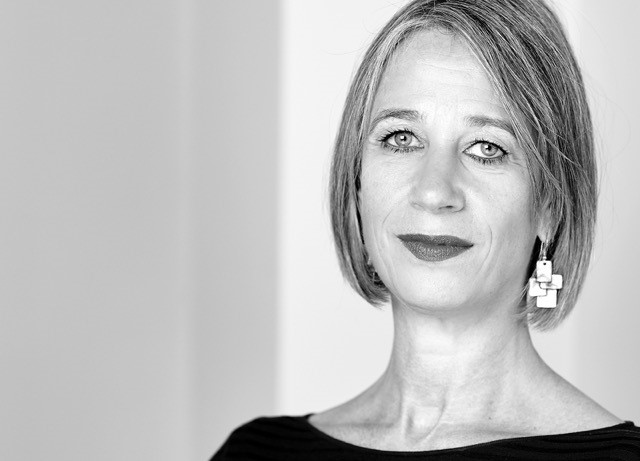 "She is one of the leading lawyers of her generation, who presents issues beautifully and is a blistering advocate."

Phillippa took silk in 2011. Her expertise spans the public and private law arenas. She is equally at home in complex trials requiring mastery of large volumes of evidence and skilled cross examination as before the Administrative Court, Court of Appeal or Supreme Court arguing novel and difficult points of law. Phillippa was awarded ‘Human Rights and Public Law Silk of the Year’ at the 2019 Chambers and Partners UK Bar Awards and the Legal 500  award for Civil Liberties and Human Rights Silk, 2020.  She is identified in Chambers and Partners 202 as a star practitioner in the fields of Public Law, Civil Liberties and Police Law. She is an ADR Group Accredited Civil and Commercial Mediator.

She acted for the victims of John Worboys in two recent ground-breaking claims. In DSD and NBV v Commissioner of Police for the Metropolis [2018] UKSC 11 the Supreme Court held that the police owe a duty under the Human Rights Act to victims of rape (and other serious offences against the person) to conduct an effective investigation. In R (DSD and NBV) v the Parole Board, the first ever challenge brought by victims of crime against the Parole Board, the Divisional Court quashed the Parole Board’s decision to release Worboys. The litigation also resulted in a High Court judgment providing valuable guidance on the proper approach to an award of damages for just satisfaction under the HRA: [2015] 1 WR 1833.

Since 2011 she has been acting for eight women in claims against the Metropolitan Police Commissioner arising out of misconduct of undercover police officers who while undercover engaged in intimate relationships with claimant protesters: AKJ and others v Commissioner of Police [2014] 1 WLR 285 (CA) and DIL and others v Commissioner of Police. The cases are now being investigated by the independent investigation into undercover policing being conducted by Sir John Mitting. Phillippa has represented 200 core participants who were victims of police spying, and as the inquiry moves to hear evidence, continues to act for women deceived into intimate relationships as well as a number of families who lost loved ones in police custody and whose justice campaigns were spied on.

Spanning most of the last decade she represented 800 Iraqis bringing private law damages claims both under the Human Rights Act and for assault and false imprisonment following their internment in the aftermath of the Iraq war. Among these is Yunus Rahmatullah who was captured by British forces in early 2004 and transferred to US control after which he was held in Abu Ghraib before being rendered to Afghanistan. He was detained there in Bagram airbase until June 2014. The MOD’s application to strike out the claim led to two Supreme Court judgments shedding valuable light on the elusive common law principles of Foreign Act of State ([2017] UKSC 3) and Crown Act of State ([2017] UKSC 1).

Phillippa has an extensive public law practice representing a broad range of individual applicants. She also acts for NGOs such as End Violence Against Women, Reprieve and Privacy International. She is a star individual in Chambers and Partners described e.g in (2012) as “a true public law all-rounder,” who “can turn her hand to many matters”  as an “exceptionally talented silk who maintains her outstanding reputation for her public law work” (2015) and in (2021) as “pre-eminent at the Bar for public law challenges which arise in the context of the criminal justice system, and well versed in all manner of judicial reviews which invoke human rights law”.

Phillippa has extensive experience in both inquiries and inquests, as well as developing the law applicable to these fields through judicial review.

Since its inception in 2015 she has acted for over 200 core participants in the Undercover Policing Inquiry, during the preparatory phase which has focused on key issues such as the extent to which the police officers should be granted anonymity. She continues to be involved representing a number of women who were deceived into having long term intimate relationships with undercover officers.

She is instructed by the family of Jermaine Baker in the public inquiry into his fatal shooting in December 2015. The hearing is due to commence in June 2021.

Her public law work has focused on challenges to the circumstances in which deaths in state custody are investigated. In R (Letts) v Lord Chancellor [2015] EWHC 402 (Admin) the court found the Lord Chancellor’s guidance on the grant of exceptional funding in inquest cases was unlawful.  Delezuch v Commissioner of Police of the Metropolis  an Article 2  ECHR challenge  to the system for taking first accounts from officers involved in a death arising from the use of police force.

Phillippa has an extensive international law practice in the field of human rights involving claims against public bodies and private corporations. She was part of the team representing the claimants in the original “Mau Mau” litigation in which the Foreign and Commonwealth Office settled in the region of 5000 claims arising out of the systematic torture of suspected insurgents in the Kenyan uprising in the 1950s. She represented over 800 Iraqis bringing private law damages claims both under the Human Rights Act and for assault and false imprisonment following their internment in the aftermath of the Iraq war. She also represented Yunus Rahmatullah a man who was detained in Abu Ghraib, rendered to Afghanistan and held for 10 years in Bagram following his transfer to US forces by British forces who captured him in Iraq in 2004.

It was through her prisoners’ rights practice that Phillippa first branched out into media law. She has represented many prisoners seeking access to the media, including the appellants in the seminal House of Lords case Simms and O’Brien and in 2012, Babar Ahmad in the successful judicial review brought by the BBC in which exceptionally the Divisional Court held that a refusal to allow an interview for broadcast purposes was contrary to Article 10 ECHR. She has been involved in securing injunctive protection on behalf of a number of individuals convicted of notorious crimes whose life or mental well-being was put under threat by the glare of publicity. She represented Mary Bell and Maxine Carr when they secured lifelong contra mundum injunctions preventing the publication of any information liable to lead to the disclosure of their new identities. She acted for Jon Venables in relation to the continued operation of the contra-mundum injunction secured on his release on licence in 2001, following his further prosecution in 2010.

More recently she acted for the Edlington brothers who were also granted contra mundum injunctions to protect them against identification upon them obtaining their majority.

Phillippa’s practice is increasingly encompassing information and data law, focusing in particular on the dangers posed by the use of big data by both the state bodies and private tech giants. She is involved in claims of mass data breaches by mobile phone companies.

Phillippa began specialising in prisoner’s rights in the early 1990s when this was a little-known area of law. She was involved in most of the leading House of Lords cases extending the scope of prisoners’ rights, particularly the rights of indeterminate sentence prisoners. In 2019 she successfully challenged the Parole Board decision to release John Worboys, on behalf of two of his victims.

Phillippa is on the Board of Validity, a small international charity which takes strategic litigation to promote the rights of the learning disabled and persons suffering from mental ill-health. She previously served for almost five years as the Board’s chair.

She is a member of the Football Association’s Independent Specialist Panel and sits on their Regulatory Commission and Appeal Board.

Phillippa is committed to protecting and respecting your privacy. In order to provide legal services to her clients, including advice and representation services, Phillippa needs to collect and hold personal data. This includes her clients’ personal data and the personal data of others who feature in the matters in respect of which she is instructed. To read Phillippa’s privacy notice in full, please see here.

Phillippa is regulated by the Bar Standards Board and accepts instructions under Standard Contractual Terms. To find out more information on this and the way we work at Matrix, including our fee transparency statement, please see our see our service standards