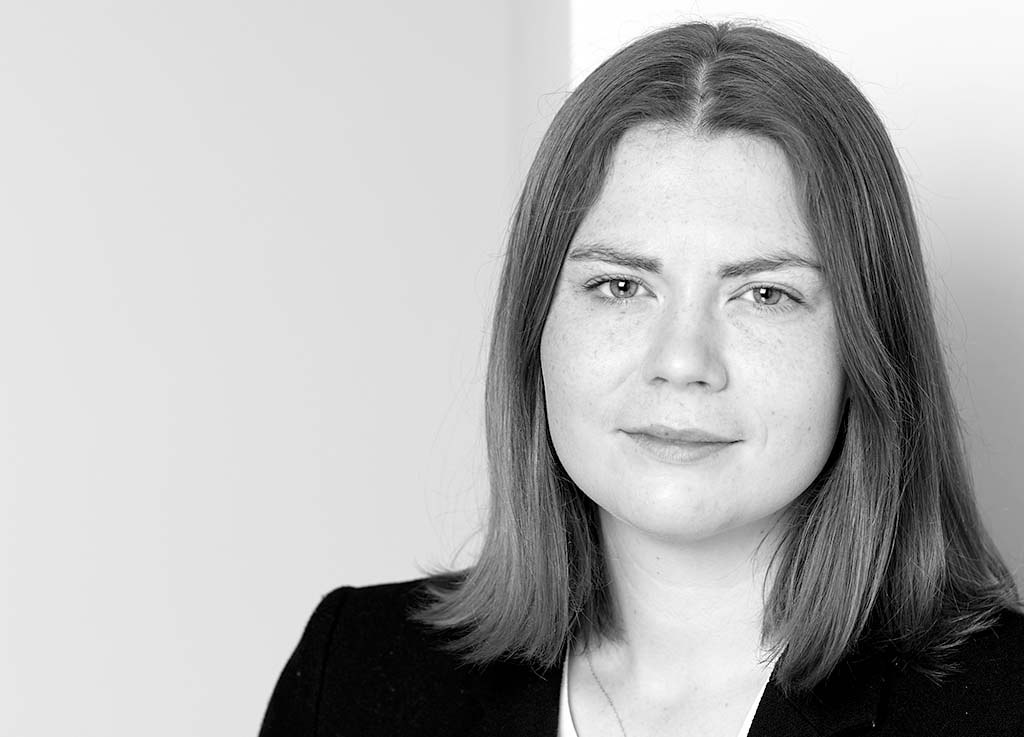 Katy joined Matrix as a trainee in October 2020.

Katy joined Matrix as a trainee in October 2020. In her first two seats she assisted in a wide range of public, employment, and equality matters. From April 2021, she will undertake a seat in competition and commercial law with Nicholas Gibson.

Katy’s first seat was with Sarah Hannett QC. Katy assisted in a variety of public, education, and equality matters including:

Katy’s second seat was in employment and equality law, under the supervision of Claire Darwin. Katy has assisted in numerous employment matters, both at first instance and on appeal. For example:

Prior to joining Matrix, Katy was Judicial Assistant to Lord Justice Simon in the Court of Appeal where she worked on a variety of public, commercial, immigration, and criminal appeals. Katy was also a paralegal at Simpson Millar LLP in the education, community care, and public law team. Alongside studying for the BPTC, Katy spent a year working at Ofsted, where she assisted with preparation for several investigations in the Independent Inquiry into Child Sexual Abuse.

Katy’s BPTC was supported by five scholarships, including the Bedingfield Scholarship from Gray’s Inn, and advocacy and academic excellence scholarships from BPP University. She holds a BA Jurisprudence (First Class) and Bachelor of Civil Law (with Distinction) from the University of Oxford. At Oxford, Katy was an academic excellence scholar of New College and was awarded the Law Faculty Prize for the BCL Private Law and Fundamental Rights module.