"Absolutely exceptional on her feet." 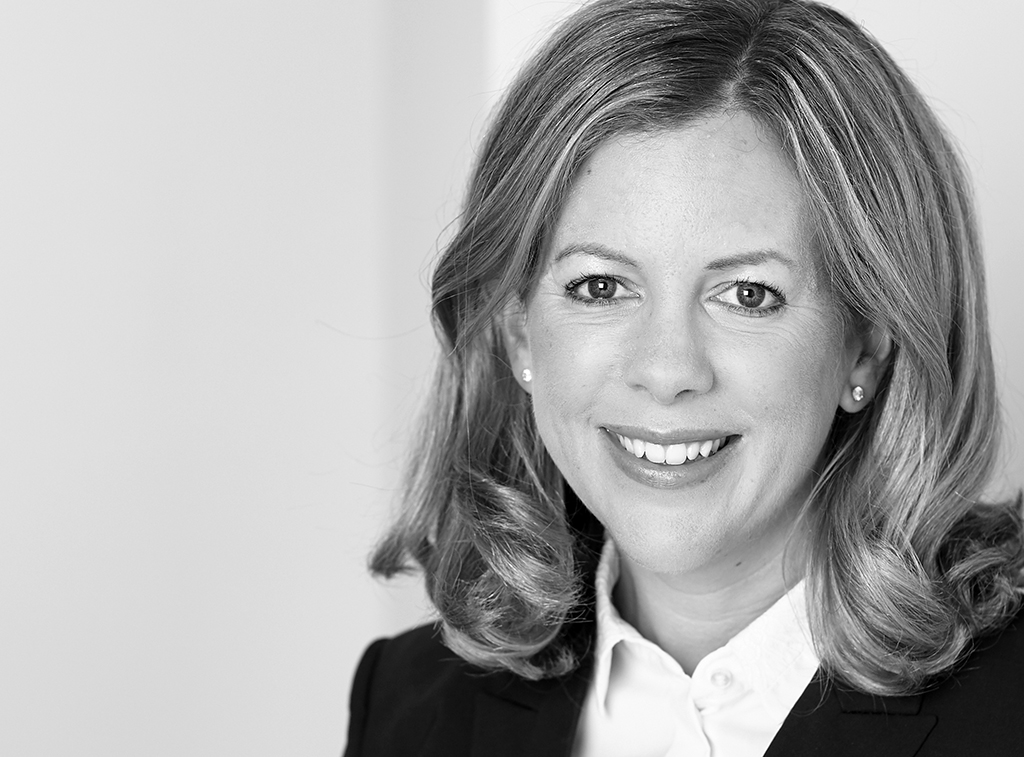 Claire Darwin is a highly regarded specialist in Employment and Discrimination Law. She undertakes related work in the fields of Commercial, Public, Education, Human Rights and EU Law.

Claire is recognised as a leading barrister for Employment, Education, and Public Law by the independent legal directories. The Legal 500 2020 lists her as one of the top ten leading employment juniors at the London Bar. According to recent editions, Claire is a “go-to barrister” who “has a complete forensic understanding of her cases” and “always gives it her all.” The Directories highlight that she is a “fearsome advocate” and “an excellent cross-examiner.”

In June 2017 Claire was appointed to the Attorney General’s A Panel of Junior Counsel to the Crown, a small panel of barristers appointed to advise and represent the UK government in its most complex civil and EU cases. She has also been appointed to the Attorney General’s Panel of Special Advocates, and to the Equality and Human Rights Commission’s Panel of Preferred Counsel. Claire was called to the Bar of Ireland on 19 July 2018, and is a member of the Law Library of Ireland.

Her full CV is available here.

Highlights of Claire’s recent work include:

A selected list of her significant cases is available here.

Claire has a particular interest in age, sex and disability discrimination. She acted for the Ministry of Justice in the challenges to the compulsory retirement age of 70 for judges and lay members, and is lead counsel in Heskett v Secretary of State for Justice [2020] ICR 359 on justification of indirect age discrimination.  Claire was appointed as amicus curiae to the Court of Appeal in Graysons Restaurants Ltd v Jones and others [2019] 3 All ER 688, an appeal concerning the interaction between TUPE, the equal pay provisions in the Equality Act 2010, and the insolvency protection scheme under the ERA 1996. She has valuable experience of acting in lengthy multi-party equal pay cases in the public and private sectors. Claire represented Arriva North East Limited in Black v Arriva North East Ltd [2013] EqLR 558, the high-profile group litigation about the use of wheelchair spaces on buses by non-disabled passengers, and is representing the College of Policing (the professional body for the police in England and Wales) in a series of discrimination law challenges brought against the medical standards applied to Authorised Firearms Officers, currently before the Employment Appeal Tribunal (see here for an example of media coverage).

Claire has a wealth of experience of litigating substantial employment disputes and is equally comfortable acting for claimants and respondents/defendants. Her practice covers all areas of individual and collective employment law, including whistleblowing, pay and contractual disputes.  She has wide experience of industrial relations issues including industrial action, collective bargaining and statutory recognition; and is well versed in the full range of statutory employment claims. Claire also acts in claims arising from director, LLP and partnership disputes, notably Tiffin v Lester Aldridge (on partnership status).

Much of Claire’s work concerns the human rights aspects of employment law, including cases about workplace privacy, open justice and fair trial rights. She was sole counsel for PwC in Ameyaw v PricewaterhouseCoopers Services Limited [2019] IRLR 611, [2019] ICR 976 on Article 6 ECHR and the ET’s power to remove a judgment from the public register of judgments. She has acted for foreign governments claiming sovereign immunity in the English courts and has advised on matters of human rights and discrimination law arising in other common law jurisdictions.

Claire does a great deal of work in the areas of employment law which intersect with EU Law. She was junior counsel (led by Nicholas Randall QC) in Walker v Innospec Ltd & Ors [2017] UKSC 47, [2017] 4 All ER 1004 on whether an exception in the Equality Act 2010 was compatible with EU Law. She has a particular interest in and experience of very high value multi-party TUPE litigation, having appeared in a number of reported cases on TUPE. Claire has been instructed in a number of multi-jurisdictional and cross-border employment disputes. She has experience of acting in cases in which a reference to the European Court of Justice is sought, and as a member of the Irish Bar she will retain her rights of audience in the CJEU after the UK leaves the EU.

Claire is a member of the Attorney General’s A Panel and has been instructed in a wide range of public law cases both for and against local and central government, particularly cases which raise issues of discrimination and EU Law.  Her recent public law work has included a successful challenge to pensions regulations which treated men taking unpaid paternity leave and women taking unpaid maternity leave differently (see further details here), the judicial review of the 2018 pay award for 120,000 police officers (led by Helen Mountfield QC), and representing Govia in the judicial review claim brought by Southern rail commuters alleging disability discrimination.

Claire regularly advises and represents schools, colleges, universities, the Office of the Independent Adjudicator, OFSTED, the Department for Education and individual students in relation to a wide range of education matters, including university regulation and discipline, Ofsted inspections, school closures, early years provision and local authority interventions. Her recent education work has included successfully representing Leicester University in the Court of Appeal in Thilakawardhana v Office of the Independent Adjudicator and University of Leicester [2018] ELR 223, successfully judicially reviewing a decision by a local authority to amend an EHC Plan in R (S) v Camden Borough Council [2019] ELR 129 and persuading the Upper Tribunal that it had jurisdiction to order an independent school to reinstate a disabled pupil in Proprietor of Ashdown House School v JKL and Another [2019] ELR 530 (see here for an example of media coverage).

Claire has significant experience of advocacy, advisory and drafting work at appellate level. She has appeared both led and unled in the Court of Appeal, and as junior counsel in matters before the Supreme Court and European Court of Human Rights. Claire has appeared in dozens of full appeals in the Employment Appeal Tribunal, many of which have been reported.

Claire is interested in employment law reform and reform of the civil justice system more generally. She has advised on and/or contributed to numerous responses to policy consultations. She advised the Government Equalities Office on its 2019 consultation on Sexual Harassment in the Workplace.

Claire writes widely on her areas of specialism. She has contributed to a number of leading practitioner texts including Bullen & Leake & Jacob’s Precedents of Pleadings. Her articles have appeared in journals including the Education Law Journal, the New Law Journal and the Industrial Law Journal.

Claire is an elected member of the Employment Law Bar Association’s Committee and is the member responsible for the Employment Appeal Tribunal’s pro bono scheme (ELAAS). She is an advocacy trainer for Inner Temple and a pupil supervisor at Matrix. She sits on a Sub-Committee of the Bar Council’s Equality and Diversity Committee.

Claire is committed to protecting and respecting your privacy. In order to provide legal services to clients, including advice and representation services, Claire needs to collect and hold personal data. This includes her client’s personal data and the personal data of others who feature in the matter upon which she is instructed. To read Claire’s privacy notice in full, please see here.

Claire is regulated by the Bar Standards Board and accepts instructions under Standard Contractual Terms. To find out more information on this and the way we work at Matrix, including our fee transparency statement, please see our see our service standards.

These articles and downloads are made available for general information purposes only. They do not constitute legal advice and should not be relied on as such advice. The author and Matrix Chambers do not accept responsibility for the continuing accuracy of their contents.

“She has a complete forensic understanding of her cases and will fight to the end.” “She’s prepared to get off the fence and provides very clear and straightforward advice.” “Very knowledgeable in the field, able to come up with very novel points and a good person to have on the team.” (Chambers UK Bar 2020)

“Highly experienced advocate who is well known for her strength in discrimination cases and claims concerning TUPE.” “A very good advocate who has very good judgement.” (Chambers UK Bar 2019)

“Darwin has a track record of acting in high-profile cases.” “Her decision-making is first class.” (Chambers UK Bar 2019)

“She is responsive, supportive, inventive, enthusiastic and empathetic.” (Legal 500 2019)

“She’s very approachable and has good rapport with clients. Detailed in her research, she gives clear advice and is always available to speak about cases.” (Chambers UK Bar 2018)

“A highly regarded junior with a fast-developing and varied practice.” (Legal 500 2017)

‘Claire Darwin is widely respected within the market for her expertise in employment and discrimination law, often with human rights and public law elements. She is praised as “responsive, approachable, supportive, imaginative and decisive”. (Who’s Who Legal 2018)

“Highly experienced advocate who is commended by clients for her extensive attention to detail and preparation for her cases. She’s a fearsome advocate and is very approachable.” , (Chambers UK Bar 2017)

“Exceptionally bright and hardworking, and undoubtedly one of the leading lights on TUPE and discrimination,” (Legal 500 2016)

“An experienced appellate advocate, who is well known for the strength of her advocacy.”; “A well-prepared adviser and an excellent cross-examiner.” (Chambers & Partners 2016)

“She is incredibly pragmatic and proactive in approaching cases.” (Chambers & Partners 2016)

“She genuinely cares about her clients and their cases, and is not afraid to push boundaries” (Legal 500 2015)

“A very quick thinker on her feet, she is a rising star at the set.”; “A really strong advocate, she knows when and when not to be aggressive.” (Chambers & Partners 2015)

“She is confident and assertive, and takes a proactive approach to case strategy.” (Chambers & Partners 2015)

“I would not hesitate to recommend her. She adopts a very proactive approach.” (Chamber & Partners 2014)

“Claire Darwin is gaining an increasing reputation for her appellate work, and has recently appeared before the ECHR.” (Chambers & Partners 2013)

“Confident and assertive, she is a real star in the making” (Chambers and Partners 2012)