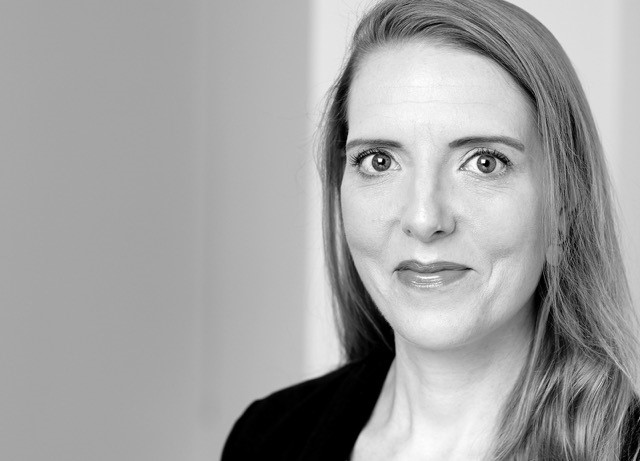 Blinne is a human rights and international law expert with a broad criminal, civil and public law practice. She advises and acts for individuals, States, NGOs and other national and international bodies, appearing in domestic courts and before international courts and tribunals. Blinne is recommended as a leading junior in the legal directories, which describe her as an “exceptional lawyer” and a “stellar practitioner”, highlighting her “eagle eye” for issues and arguments, and the “passion” with which she approaches cases on behalf of her clients.

She is called to the Bars of Ireland, North and South, in addition to the Bar of England and Wales.

Blinne specialises in judicial review and administrative law. Her public law practice is focused primarily on cases raising questions of human rights, discrimination, environmental, international and national security law, including cases concerning State involvement in torture and extra judicial killing. She has a particular specialism in legacy cases raising historic allegations against the State and State institutions, and is experienced in closed material procedures under the Justice and Security Act 2013. Recent cases include:

Blinne practices in all areas of criminal defence and criminal justice, including prison law, actions against the police and other State authorities. She has particular expertise in free-speech and protest-related cases raising justification defences, and criminal cases raising questions of international law. She also acts on behalf of defendants charged under anti-terrorism legislation and in death penalty appeals to the Privy Council. Blinne also has a particular specialism in cases involving fair trial rights, both domestically and internationally, and is routinely requested to observe at criminal proceedings overseas. Internationally, she acts and advises individuals and NGOs on matters of international criminal law, including in relation to complaints to the International Criminal Court regarding alleged war crimes, contrary to the Rome Statute. Her recent cases include:

Blinne is recognised in the legal directories as a leading junior in public international law. Her practice covers the full spectrum of public international law, including international human rights, humanitarian law, international criminal law, boundary delimitations, environmental law, immunities, and treaty drafting. She has appeared in cases before the International Court of Justice, and various arbitral tribunals, including tribunals constituted under Annex VII of the United Nations Convention on the Law of the Sea. Blinne is also instructed as amicus in cases in foreign national jurisdictions raising matters of international law. She is also expert in drafting submissions to the various United Nations Special Procedures and Treaty bodies. Her work and instructions include:

Blinne was appointed a visiting fellow to Harvard Law School in 2016. Her research focused on the Arms Trade Treaty and on Israeli military courts in occupied Palestine, drawing on her extensive expertise regarding military courts under international humanitarian law and regarding the law of armed conflict and international criminal law more generally.

She was Vice-Chair of the Bar Human Rights Committee, the international human rights arm of the Bar Council, between 2014 and 2019, and continues to serve on its Executive, on behalf of which she regularly conducts trial observations, participates in international legal missions, drafts legal interventions, and provides training to NGOs and national Bar associations on matters of international law and human rights.

Her recent publications include “Civilian Protections and the Arms Trade Treaty”, in The Grey Zone, Lattimer & Sands (eds) (Hart, 2018).

Prior to pursuing her legal studies, Blinne worked on the Bloody Sunday Inquiry, for the legal team representing the wounded and the families of those killed. She graduated from Queens’ College, Cambridge with First Class Honours in Modern and Medieval Languages, received a distinction on the Graduate Diploma in Law and was graded Outstanding on the Bar Vocational Course, placing fourth in her year. She also holds an LLM in International Legal Studies (equivalent distinction) from New York University, where she specialised in international environmental law and climate refugees.

Blinne is committed to protecting and respecting your privacy. In order to provide legal services to her clients, including advice and representation services, Blinne needs to collect and hold personal data. This includes her client’s personal data and the personal data of others who feature in the matter upon which she is instructed. To read Blinne’s privacy notice in full, please see here.

Blinne is regulated by the Bar Standards Board and accepts instructions under Standard Contractual Terms. To find out more information on the way we work at Matrix, including our fee transparency statement, please see our see our service standards.

“An exceptionally talented lawyer, who has the ability to distil and deal effectively with the key issues in a case.”

“Recommended for the crossover between public law and public international law.”

“Always willing and available to offer support and provide a thorough analysis.”

“A stellar practitioner with an eagle eye.”

“cares passionately about the cases she works on.”

“She’s very approachable, excellent with clients and on top of the brief.”

“She has great ideas on how to build a case and present matters.”