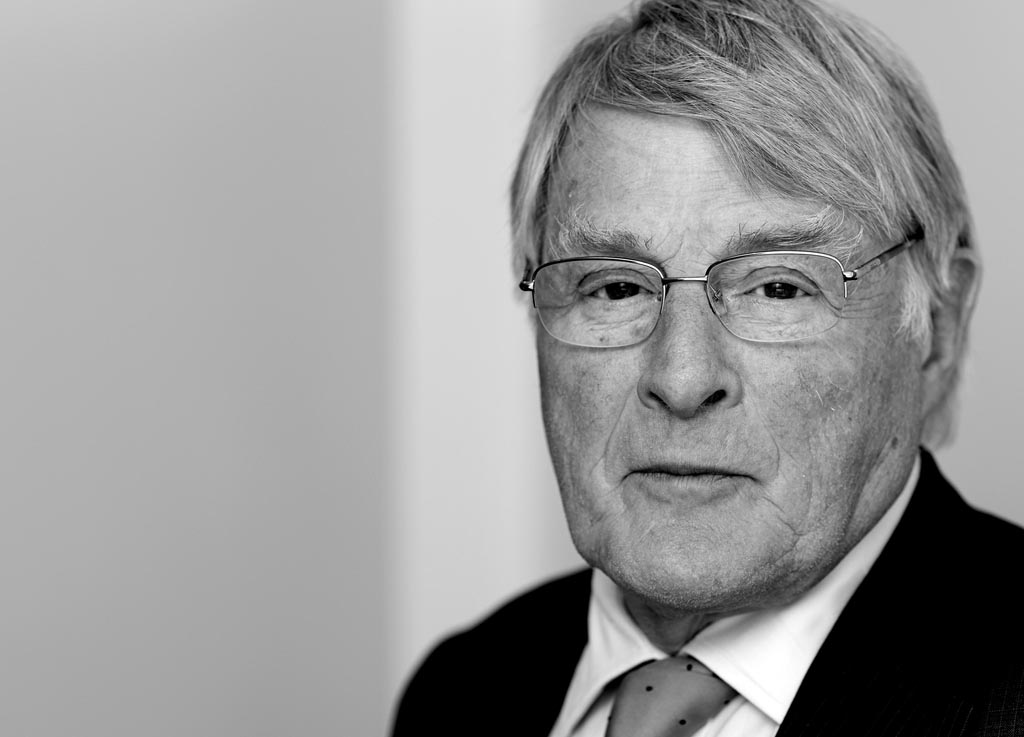 Sir Anthony Hooper is a former Court of Appeal judge.

Sir Anthony Hooper retired from the Court of Appeal of England and Wales in September 2012.

Sir Anthony conducts investigations and acts as expert witness, mediator, arbitrator, monitor and as an advisor in complex litigation.  He lectures and leads discussion groups on issues of fraud, bribery, asset recovery, money laundering   and related criminal and civil activity arising in the United Kingdom and in other countries. He is a core member of Matrix’s Integrity+ governance, investigations and solutions practice group.

Anthony is often instructed in an advisory capacity in complex civil, criminal and regulatory proceedings both in England and Wales and abroad, analysing facts and, from the perspective of a judge, advising on likely outcomes. He is currently assisting with litigation in England, Jersey and Curacao.

In 2019 he was appointed mediator to help bring a conclusion to long-running, complex and sensitive litigation. He acts as an arbitrator particularly in sports related matters.

Anthony is currently an expert witness in two sets of criminal proceedings in Greece.

He developed and has subsequently presented on many occasions courses to help both common law and civil law judges and prosecutors to a better understanding of their money laundering and anti- corruption laws, of their powers to preserve and confiscate proceeds of crime and of judicial ethics. He has given these courses in East Africa, Kazakhstan, Ukraine, Armenia and Mauritius.

He has recently written a report examining the content and application of anti-money laundering and asset recovery laws in Mauritius, including judicial decisions. He is in the process of preparing a course for prosecutors and judges in Mauritius.

He has prepared a Manual for the judicial training schools of Albania, Kosovo, Macedonia, and Montenegro covering international treaties and anti-money laundering and asset recovery laws in the four countries.

In 2018, Anthony was appointed Chair of the Public Council of International Experts in Ukraine, with the task of assisting in the appointment of judges for the new High Anti-Corruption Court of Ukraine. He spent three months in Ukraine in 2018-2019. Some one-third of the candidates were rejected on the grounds that there was a reasonable doubt about their integrity and/or practical skills.

In 2015, Anthony conducted a review for the UK General Medical Council as to how the Council handle cases involving individuals who regard themselves as whistle blowers, and who have appropriately raised concerns in the public interest, including individuals whose fitness to practise is being investigated or determined. The review can be found here.

In 2014, Anthony was appointed by the Ethics Commission of the IAAF (International Association of Athletic Federations) to investigate four individuals whose conduct in relation to the Russian marathon runner Lilya Shobukhova was alleged to be corrupt and in breach of the IAAF Code of Ethics. The individuals were subsequently sanctioned by the Ethics Commission, and their appeals were dismissed by the Court of Arbitration for Sport. A copy of the decision and of the report can be found here. Anthony has completed investigation reports into a total of 11 persons alleged to be involved in corruption within athletics over the period 2014-2020.

In 2013, Anthony served as Chair of the Whistleblowing Commission established by the charity Public Concern at Work (now Protect).

During his 20 years practice, Sir Anthony appeared in both civil and criminal court. He prosecuted and defended in a number of high-profile criminal trials, appeared in the European Court of Justice (representing Kaiser Aluminum and Chemical Corporation in Case No. 53/83), as well as in the Cour d’Appel in Paris. He combined practice at the English Bar with membership for a number of years of the Brussels European law firm, Stanbrook & Hooper. He defended in the Blue Arrow rights issue case in 1991-1992 and in 1988 he prosecuted the serial murderer and rapist John Duffy.

He appeared in 1987 for EMI in their dispute with Warner Brothers, which unsuccessfully alleged that the composer Vangelis had plagiarised the theme music for the film Chariots of Fire. He appeared in 1995 for the Premier League in their successful defence of a civil claim brought by the Swiss Bank Corporation for payment of an alleged success fee. He also successfully defended a senior accountant in a criminal case in Singapore. Whilst at the bar, Sir Anthony chaired the Bar Council’s Race Relations Committee and was heavily involved in the production and implementation of the first Bar Equality Code.

Justice of the High Court of England & Wales (1995-2004) and Presiding Judge of North Eastern Circuit (1996-2000), presiding over criminal and civil cases in the Administrative Court, and the Employment Appeal Tribunal

Sir Anthony tried a number of high profile jury criminal cases including the first Damilola Taylor trial in 2002. The acquittal of the defendants was subsequently vindicated by DNA evidence. He conducted the trial in 2000 of two senior police officers for the alleged manslaughter of the 96 victims of the Hillsborough Stadium disaster. He sat in the Queen’s Bench Division, the Administrative Court and the Employment Appeal Tribunal, as well as in the Court of Appeal Criminal Division.

He dealt with challenges to the decisions of lower courts, the parole board, prison service, the Special Educational Needs Tribunal, governing bodies of schools, the Local Commissioner for Administration, the Horse Race Betting Levy Board, the Bishop of Stafford and the Video Appeals Committee. His decision in The Queen on the application of Amin v. The Secretary of State for the Home Department [2001] EWHC Admin 719 was an early case dealing with the Article 2 obligation on the state to conduct an inquiry into certain deaths. His decision, having been overturned in the Court of Appeal, was unanimously reinstated by the House of Lords [2004] 1 AC 653. Lord Bingham said: “Hooper J. loyally applied those minimum] standards. The Court of Appeal, in my respectful opinion, did not”. In Saleem v. Secretary of State for the Home Department Sir Anthony struck down one of the rules in the Asylum Appeals (Procedure) Rules on the grounds that the primary legislation did not authorise expressly or by necessary implication such a draconian rule (see [2000] EWCA Civ 186, upholding the decision). In Masters v Secretary of State for the Environment, Transport and the Regions [2000] 2 All ER 788, Sir Anthony gave an important decision, upheld in the Court of Appeal ([2001] QB 151), protecting public rights of way.

Lord Justice of Appeal and Privy Counsellor (2004-2012), sitting in both the Civil and Criminal Divisions of the Court of Appeal

In the Court of Appeal Sir Anthony sat on both civil and criminal appeals, deciding complex issues of law and fact. He also presided in the Divisional Court. His particular areas of expertise included fraud, confiscation, money laundering, public interest immunity, joint enterprise, asylum and immigration, extradition, libel, employment law and all aspects of administrative law. Sitting in the Court of Appeal Criminal Division, he was particularly involved in appeals raising issues of joint enterprise and confiscation. Amongst the latter are White and Ahmad [2012] 1 WLR 2335.

Author of Chapter 31, The Golden Thread, in The Judicial House of Lords 1876-2009 published in 2009 by the Oxford University Press

Chairman of the Advisory Council of Safa Holmes

Anthony has lectured widely in the United Kingdom and abroad. In Argentina (2011), France (2009) and China (2005) he spoke about the criminal justice systems in common law and civil law jurisdictions. In June 2012 he gave a lecture in the Inner Temple, London entitled “Half a Century of Crime: A Valedictory Summing-up.” In November 2012 he was a lead speaker at a criminal law reform conference in Hong Kong organized by the Director of Public Prosecutions and gave a guest lecture to the Singapore Academy of Law.

In 2013 Anthony attended a study day in Paris organised by L’Institut des hautes études sur la justice to discuss (in French) a draft report on the future role of the French judiciary. In October 2013 Anthony spoke about bias in arbitrators at a conference in Paris organised by the Corporate Counsel International Arbitration Group and the  International Chamber of Commerce Institute of World Business law. In 2014 Anthony lectured in Mauritius about the importance of criminal procedure rules and asset recovery.

Sir Anthony is committed to protecting and respecting your privacy. To read his privacy notice in full please see here.